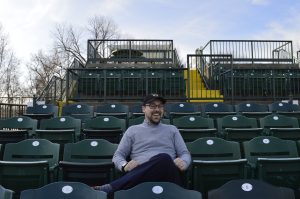 When I was 5, I was pretty sure I’d grow up to be: Play-by-play broadcaster

What’s the most rewarding part of the job? I love witnessing the small moments. Whether it’s a kid who gets his or her first autograph or catches a foul ball, these are memories that they’ll never forget. 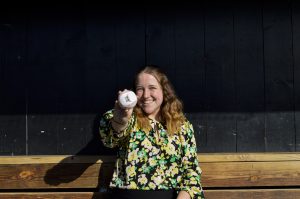 Walk Up Song: How Do You Like Me Now by Toby Keith

When I was 5, I was pretty sure I’d grow up to be: President of the United States

What’s the most rewarding part of the job? Making fans happy! 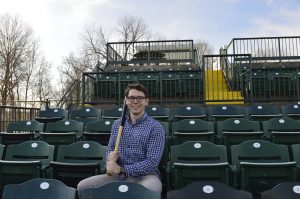 When I was 5, I was pretty sure I’d grow up to be: Power Ranger

What’s the most rewarding part of the job? The best part of the job is helping each fan make unforgettable memories that they wouldn’t be able to experience at any other ballpark. 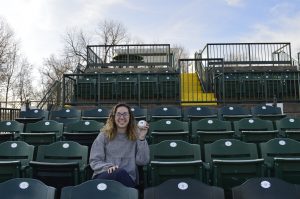 Walk Up Song: Thunderstruck by AC/DC

When I was 5, I was pretty sure I’d grow up to be: Veterinarian

What’s the most rewarding part of the job? My favorite part of my job is when I can make a kid’s day. There’s nothing like the feeling when you can get a shy kid to come out of their shell a little, show a smile and tell their parents how awesome their experience was.

Walk Up Song: All Of The Lights by Kanye West

Pets: I have two cats named Pumpkin and Kala

When I was 5, I was pretty sure I’d grow up to be: A teacher

What’s the most rewarding part of the job? Being able to see so many smiling faces around the stadium and being about to appreciate what we do around the field and for the fans. I love seeing everyone enjoy their time and keep coming back. 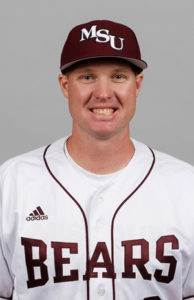 Since 2014, Lincoln has worked at Missouri State University under head coach, Keith Guttin. He served as the volunteer assistant and recently took on the role of Director of Player Development. During his 5 years at MSU the bears have had great success winning three Missouri Valley Championships and went on to two NCAA super-regionals. Lincoln began his coaching career at Austin Peay State University in Clarksville, TN in 2011. Lincoln assisted the Governor’s catchers while also aiding with the hitting and strength and conditioning programs. He helped the Governors have two 40-win seasons and Ohio Valley Conference titles in each of his two years on head coach Gary McClure’s staff, highlighted by runner-up finishes at both the NCAA Eugene (Ore.) Regional in 2012 and the Bloomington (Ind.) Regional in 2013. In 2014, Lincoln reprised his role at Southern Illinois, working with the Salukis catchers and hitters, while helping oversee SIU’s camp operations.

In the summer of 2016 he was the Head Coach for a new franchise, the DuPage Drones of the Prospect League. In his one season as Head Coach, DuPage finished the Prospect League with the second best overall record. He also served as a hitting instructor with the Bourne Braves of the prestigious Cape Cod Baseball League in 2014, 2015, and 2017.

A former standout catcher at Missouri Southern, Lincoln began his coaching career after playing parts of two professional seasons in the Los Angeles Dodgers’ minor league system. He hit .434 with 11 home runs and 53 RBIs to earn All-MIAA and ABCA All-South Central Region honors in his lone season at MSSU prior to being taken in the 34th round of the 2010 Major League Baseball Draft by the Dodgers. Lincoln also played one year at Kansas, hitting .240 as a sophomore following a strong rookie campaign at Maple Woods Community College in the Kansas City area.

Lincoln is a graduate of Austin Peay State University and has a Master’s degree in Sports Administration. Lincoln, his wife Katie, and their boys currently reside in Ozark, Mo.

Sign up for the newsletter to get all the ticket deals and breaking news as it happens!

Something went wrong. Please check your entries and try again.